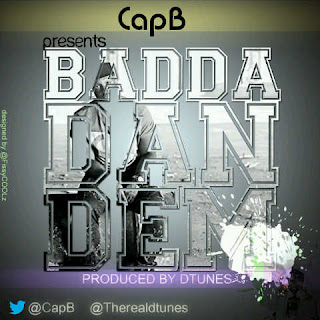 Akingbenga ‘CapB’ Akinyemi (@capB) is a rapper and producer passionate about music from his roots. He returned to Nigeria to work fully on his forthcoming album ‘ Workaholic’ – which he plans to drop later this year. He has done collabos with various acts and has perfomed/opened the stage for acts like Wale, 2 Face, Asa, D’Banj, P Square, Wande Coal and 9ice.
One of his previous songs ‘Hello’ was featured on VH1 and MTV. His first major release upon relocation back to Naija was ‘Workaholic’ which featured YQ.
CapB was also a nominee for  the Nigerian Entertainment Awards 2011 Best US Based artiste category. According to CapB – the song ‘she likes it’ was inspired by his Relationship with women in general. “He says ‘It’s amazing how a woman can stand by whatever or whomever she believes in against all odd, against all forces. That is simply awesome”.

As per the video – we quote him : ‘The video direction idea was triggered by a need to avoid the usual – party videos et al but rather focus on an issue that affects humanity as a whole. In this case, it was inter-racial relationships. So many times, we see/hear how some of these relationships go awry . That is just so wrong and sad The end result was a product of myself and two great heads – The director ‘Adeola Alao’ and ‘Vanaulky’ a publicist in the states.”

DJ Kaywise spans several years in the entertainment industry and the outcome is vast experience, which can only be garnered by working with some of the best hands in every field.
Naija Vibes Mixtape Vol 1 is the 1st free Mixtape by DJ Kaywise and it is an 85mins compilation of non stop music of some of Nigeria’s best artistes like Dbanj, Wizkid, 2face, Davido, Tiwa Savage, Psquare, Ice Prince, CapB and many more

This is the second single from Cap B off the album Workaholic. It features Ayo Jay and is produced by Studio Magic.
@CapB @iamayojay 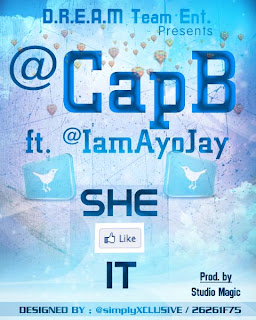 “THE D.R.E.A.M TEAM is a label, super group and collective crew founded in 2010 by Cap B.
The *D.R.E.A.M* (which represents Dedication, Respect, Energy, Ambition and
Motivation) is a collaborative effort with different individual artists, using music as a positive outlet.
The crew consists of rappers, singers, song writers  producers, Dj’s and promoters. The team has 2 NEA “Nigerian Entertainment Awards” nominees – Cap B and Oloye Mr. Money
The D.R.E.A.M Team started off with Cap B, Nollege Wizdumb, L.P and Oloye Mr. Money, but currently includes  D-tunes, Smash, Oxygen 2 (Jay Cube and PSean), Echay Bado of Apexx, DJ Teffler, Ayo Jay, Jay Future and Money Mo.
The crew released their 1st Single “Ejekamalo” off their upcoming
MIX-TAPE “S.W.E.E.T – D.R.E.A.M” in 2011. The song features Cap B, L.P,
Nollege Wizdumb and Oloye Mr. Money. Ejek’amalo, which means let’s go, is a motivational song that was recorded and mixed by the D.R.E.A.M Team’s own “Smash”.
The video was shot in Washington DC, U.S.A and was directed by Champion Studio.
With the Dedication, Respect, Energy, Ambition, and Motivation circulating within this group, achieving their D.R.E.A.M is inevitable.” – Label’s Bio 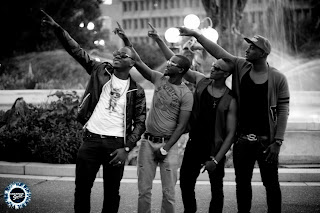