N.A.I.R.A. which stands for N.igerian A.merican I.’m R.epresentin A.frica. Recording artist,performer, and vocalist NAIRA weaves a well fitting pattern of love, pain, strength, and energy into one powerful punch with her individualistic style of music. Naira pens the term for the music that she creates as “Urban-Soul”; pulling from influences of soul, funk, blues, afro-pop, reggae, and r&b along with the youthful, free, and edgy energy of hip-hop. Her creation is a blend that has never quite been touched before. She is the pulse of everything urban; everything current. Just as noted for her lyrical abilities in the rap world as her sweet vocals in the singing arena… Naira has become a seasoned veteran although she is relatively new and developing in the industry. In the exploration of her creativity, she landed her first lead role in the feature film “Pathways”, directing music videos and short films.


Her gifts have garnered her airplay on some of the world’s biggest radio stations both mainstream and underground airwaves as well as being seen on MTV, MTV BASEAFRICA, AIT, Nigezie (Nigeria/London) and other television networks. Having sold several thousand copies of her previous projects, the heartfelt tribute album dedicated to the artist’s late mother “On My Angel’s Wings” rejuvenated her passion for life & music. Now the world patiently awaits more from NAIRA as she makes her grand re-entry with the album “FEARLESS: The Art of Letting Go” featuring
singles “OverDrive” and “Fly Hustle, Fresh Grind”.

——
Here are her latest works. I personally enjoyed my musings. What do you think?
Enjoy new sounds.
DX 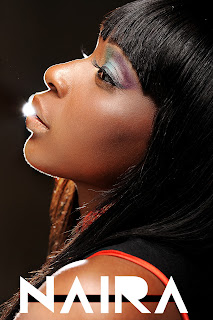