Virginia has given the world of entertainment and sports a number of talented athletes and artists. On the horizon is a talented musician, Tamir Rock. There are not many artist hailing from Virginia that catch the ear of listeners the way that Tamir (pronounced Tah-meer) does. He is not only a lyrically talented MC with a flair for creative word play but he also manipulates elements into visually engaging works of art. A show by Tamir Rock is an experience in the stretching of artistic bounds both visually and aurally. Tamir Rock is an artist in the purest sense of the word and he aims to stretch his talents and your senses one show, one song, one piece of art at a time.
Rock’s music is a blend of hip-hop and rock with live instrumentation. His shows are a mix of crafty lyricism and visual art. Tamir simultaneously rocks the mic while painting. A feat that must be witnessed to be believed. He uses the audience while making a point, pulling audience members on stage to assist him in displaying snapshots on beat, while he displays his lyrics on poster board. Whether he is asking you to get your hands up and “reach for the sky” or read along as he shows you the inner workings of an MC’s mind, there is no way you can sit still and not participate while Tamir is on stage.

With two albums, a mixtape, EP, and various features under his belt he is a creative testament to all that is lyrically and rhythmically right and good in hip-hop today. Check out songs like the emotionally charged “Mi Amore” where you can almost literally feel his passion as he turns from a Emcee to a singer and shows you how great of a song writer he is or “Rock and Roll” for a bouncy rock/rap track where he embodies the definition of the word flow!

“Tamir Rock is screaming guitars and pulsing drums standing beside real lyricism. The music demands to be turned up, and the live show makes you feel more alive than you could have ever. Your body becomes its own mosh pit and you don’t know whether to bob your head or bang it.” -Citizens of Culture 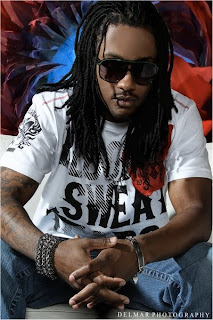