Codread started making music in 1999 under the pseudonym, Boldman and in 2000 went on to make a music group with brother and they were known as Beat Block Boys.

His kind of music cuts across various genres such as, Jamaican reggae/dance-hall with fusion of afro-pop blend.

CodRead,  born in Lagos but an Obudu, Cross Rivers indigene left Nigeria for South Africa in 2005 after his decision to strut the runways in other countries where he is making his mark.

He was also one of the faces used by telecommunications company, Glo, to market its products and services when GSM was novel in Nigeria.

Already As an artiste, his achievements are piling. Before his NMVA nomination, He is the first Nigerian artist to have his music video played on “LIVE”,the biggest music show in South Africa in terms of audience ratings.

He has performed –  at the 2009 Naija Fest in Johannesburg, Urban Legend Festival in 2010 in Johannesburg, Windhoek Reggae Town Carnival in Namibia, and many others – alongside top African artistes such as Jozi, MXO, HHP, Lira, Naeto C, Teargas, Sasha, liqui dip, Buffalo Souljah, Proverb, Jah Seed and Taygrin. 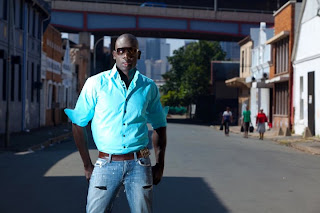