Timi Dakolo (@TimiDakolo) drops a new video for his single ‘Great Nation’ brought to you bu Lone Records, Now Musik and Capital Dreams Pictures.
Known for his rich choice of words and soulful vocals, Dakolo goes a step further in this powerful song of unity and hope.

“…Nigeria is not just a county; she is you and i…”

Skales (@youngskales) the Grammy aspirant releases the video to his club hit ‘Komole’.
Record was produced by Sarz and video was shot in Washington DC’s Howard campus by the looks of it. Nice and simple wins the race..what do you think? 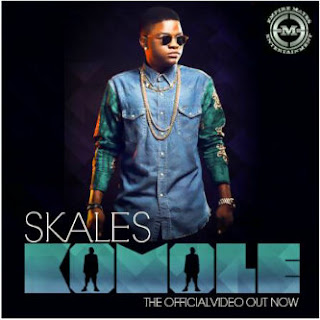 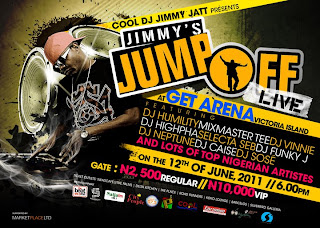 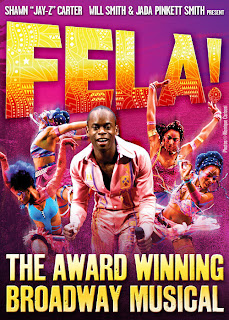 TONY® AWARD WINNING SENSATION
FELA!
MAKES HISTORIC ARRIVAL IN LAGOS, NIGERIA APRIL 20-25, 2011
The hit Broadway musical about the life and music of Nigerian performer and political activist Fela Anikulapo-Kuti is scheduled to be performed in his home town of Lagos, Nigeria making it the first Broadway show to be performed in Sub-Saharan Africa.
FELA!, the landmark Broadway musical, which won three Tony Awards (Broadway’s highest honor) including Best Choreography (Bill T. Jones), is coming to Lagos from April 20th to 25th.  It will be performed at the prestigious Eko Hotel’s New Expo Centre, Victoria Island, Lagos, Nigeria. This critically lauded musical will star its original Broadway cast with Sahr Ngaujah reprising his Tony-nominated role of Fela Kuti with music provided by the internationally renowned Antibalas as well as other members of the New York City Afro-beat community.
Concurrently with the Broadway production, FELA! opened and triumphed at London’s Royal National Theater for a three-month sold-out run.  That production was nominated for three Olivier Awards, London theatre’s highest honor, including Best Musical, Best Actor (Sahr Ngaujah) and Best Choreography (Bill T. Jones). This Nigerian engagement will be the first since the closing of the Broadway and London productions and the NTLive performance which was broadcast to in 370 cinemas worldwide.
The aim of FELA! in Lagos is to unite and connect Africans in spirit and unity, to serve as a catalyst for cultural revival in Nigeria, and to celebrate Fela Kuti, for the contribution he has made to Nigeria and the world. FELA! depicts the true story of the legendary Nigerian musician Fela Kuti, whose soulful Afro beat rhythms ignited the spirit of empowerment and cultural awareness in a generation.  It is a tale of courage, passion and love featuring Kuti’s captivating music and the visionary direction and choreography of Tony Award winner, Bill T. Jones. FELA! in Lagos is being produced by a Nigerian production company, Broken Shackles in conjunction with Lagos State Government.
Upon its Broadway opening Ben Brantley of The New York Times wrote, “There should be dancing in the streets.  The hot (and seriously cool) energy that comes from the musical gospel preached by the title character of Fela! feels as if it could stretch easily to the borders of Manhattan and then across a river or two.  There has never been anything on Broadway like this production.”  The New York Post’s Elisabeth Vincentelli cheered, “There’s enough energy to short circuit Con Ed.”  David Cote of Time Out New York, in giving it 5 stars (out of 5) raved, “Fela! is more than a musical; it’s an ecstatic phenomenon.”  And Jennifer Farrar from the Associated Press exclaimed, “An exuberant celebration!”
The English critics were equally effusive after the London premiere of FELA! One critic, Baz Bamigboye of The Daily Mail, summed up the critical sentiment with his review saying FELA! is a “groundbreaking show that shook Broadway and London’s Royal National Theatre to the rafters. Getting Brits to get on their feet and ‘get loose’ as Bill T. Jones puts it, was a rare feat.  FELA! pulled it off by sheer exuberance and theatrical showmanship. At the same time, FELA! explored the soul of an artist and the darkness of a government that tried to block what Fela’s beam exposed.”
In addition to rave reviews from critics, FELA! has also won numerous awards and received standing ovations from such personalities as Mick Jagger, Madonna, Bruce Springsteen, Spike Lee, Ben Okri, Janet Jackson, Denzel Washington, Professor Wole Soyinka, Robert De Niro, and Hugh Jackman.  First lady Michelle Obama, former UN Secretary General Kofi Annan and President Obama’s Head of Homeland Security Janet Napolitano are but three of the dignitaries who have embraced this show.
Bill T. Jones, director and choreographer of FELA!, was recently honored with the prestigious Kennedy Center for the Performing Arts award along with Sir Paul McCartney and Oprah Winfrey. The Kennedy Center Honors are awarded annually for exemplary lifetime achievement in the performing arts. FELA! also won two Astaire Awards for its cast and choreography.
FELA! on Broadway was conceived by Bill T. Jones, Jim Lewis and Stephen Hendel. Its producers include the entertainment legends Shawn “Jay-Z” Carter and Will & Jada Pinkett Smith.
A spokeswoman for Broken Shackles suggests that “with a series of media partners and sponsorships, FELA! in Lagos will be the most talked about show in Nigeria for years to come. We have created sponsorship, branding and advertising opportunities for those who wish to be a part of this historic theatrical event.”
For sponsorship, advertising and brand affiliation opportunities, please email sponsorship@felainlagos.com
For more information on FELA! please visit http://www.felainlagos.com
For all press and public relations matters please email pr@felainlagos.com
For more information on ticketing and group sales please email tickets@felainlagos.com