“The hand that dips into the bottom of the pot will eat the biggest snail” – Wole Soyinka
Check out this week’s #TGIF quick mix.
Pay attention to the DJ Don X exclusive in the mix. Always new music.
Gugu Gaga. Oliver. Dodo. Lets get hyper. Jeje
Thank God Its Friday
(For promotional use only) 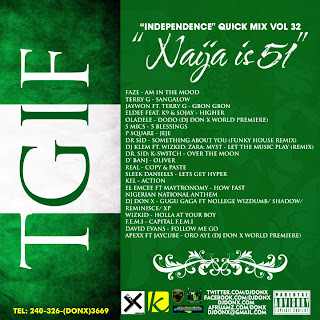