Ain Mosni is a rapper of Nigerian origin and has been regarded as a top notch rapper with intelligent lyrics and a rhyme delivery that is likened to Hip Hop veterans. Some say he has a similar voice texture to American rapper Common, others say he is reminiscent of Hip Hop legend Rakim. A lyricist extraordinaire in every sense of the phrase; he was born and raised in Nigeria and he is one of the few rappers that is placed in high esteem for his gift of delivering songs with notable content. A lot of people still find it hard to believe that he hasn’t spent a substantial part of his life in America because of his impeccable rhyme delivery. His wealth of talent and intense story telling abilities has placed him on the lips of many fans across the globe. He has been dubbed the ‘Revolution’ in many hip hop circles in Africa and beyond.
Follow @yousaywetin
Enjoy his mixtape from 2010 hosted by DJ Don X. Believe you me, it is worth listening.
DX 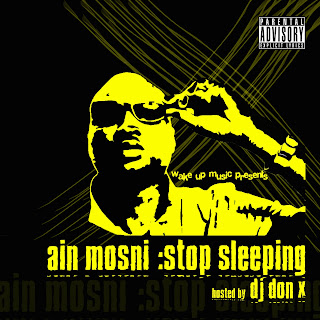 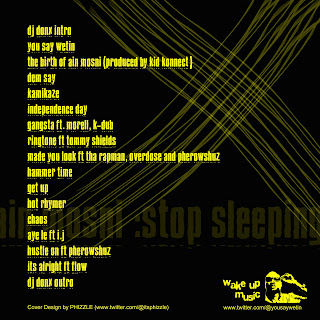