Female soul singer Lami has released two brand new singles from her forthcoming 2011 album titled Human. She does this right on the heels of wrapping up her debut album -Intuition with the private live concert – Lami Unplugged. The first of the singles, Yago is an up-tempo, feel-gooder produced by DJ Klem. The second single, Ori Mi Wu, makes for easy listening and has that relaxed feel to love songs that Lami is popular for. The track features Chocolate City’s Ice Prince and was co-produced by
Lami and Abuja-based producer Gru.

Lami is a singer, songwriter and an educationist. Her debut album ‘Intuition’ was released February 2010 and boasts of successful singles like Know with MI and Ere-Ife with eLDee. Since then, she’s been appointed a UN Ambassador for Peace, and performed at shows within and outside the country 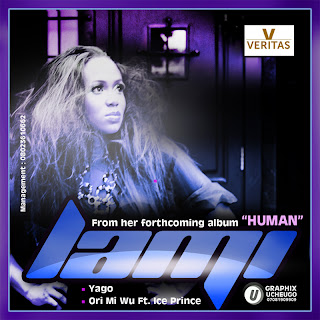