Chuddy K (@itschuddyk) is no stranger to club goers as his ‘Gaga Crazy’ record is still one of the most played in clubs worldwide. SQN music sure is putting in work as they also release another video from Chuddy K ‘I No Know’ which shows that he is not just another club hit but has substance in telling a story about…
Well watch it here on djdonx.com first
Enjoy new sounds.
DX (@djdonx) 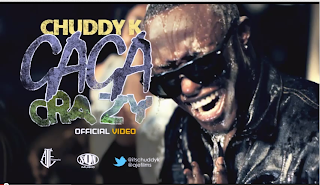