Soon after LKT signs record deal with Edlyne records, he releases his 3rd single titled “Money Sweet”.
On Wednesday the 16th of March, Nigeria’s foremost fujipop artist Olalekan Tunde popularly known as LKT signed a recording contract with Edlyne Records. LKT hit the limelight by featuring in Olu Maintain’s monster hit Yahoozee and has remained in the limelight since by collaborating with many artists.
Edlyne records on the other hand has a good track record of bringing artist to their dreams. Edlyne records has made artists such as DJ Zeez and the Late Dagrin superstars in a short period of time. They are known for their well thought out plans of getting artist to stardom. According to LKT, he needed the right push to progressively move his career forward and he found the whole qualities in Edlyne records.


His album is set to be released later in the year. 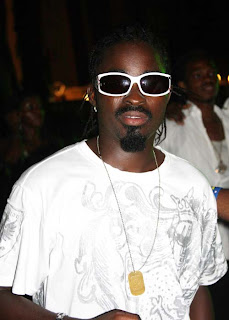