“Jay Cube”  (@jaycubevoa) (Folajimi Oyeneyin) a washington DC native was born into a musical family where his father was a choir master and his mother was a choir mistress. As a child, Folajimi sang in church; while he lived in Nigeria, he competed in various talent shows for singing and dancing, and the first place position was surely not a stranger.
In 2007, Folajimi and fellow friend Cosmos (known as Effizy) met up with Nollege Wizdumb and Slim Alf to form the Naija Hip-Hop group “Apexx.” While in the group, Folajimi coined the stage name “Jay Cube.” Jay Cube provided a complementing touch of R&B to the hip hop tracks.
In late 2008, the band members made a mutual decision to pursue their individual music careers. As a result of this, “Jay Cube” began to acknowledge himself as “V.O.A” (Voice of Africa).
In 2009, Jay Cube and his brother P.Sean formed a group called Oxygen 2. Together, released the mixtape “Fresh Air Therapy” (hosted by DJ Zimo) in 2010 presented by Campgreen Entertainment. With renewed inspriation, V.O.A. decided to pursue his music career with a higher level of dedication. Jay Cube had the pleasure of collaborating with various Nigerian artists, including Tonestar, X.O Senavoa, Apexx, Cap B, Lp (Dream Team), Oloye Mr. Money, Illegal Immigrants, Rukus, A cue, Emeazy, and many more. He has also worked with producers such as Kid konnect, Dee Tunes, Synergy, Detox, Smash, and now working with House Boyz Music. Currently, Jay Cube is working under CityTop Entertainment. As Jay Cube “V.O.A” has labored consistently and efficiently to deliver only the best of musical material; and he plans to pursue his dreams of stardom in Nigeria.
Enjoy new music.
DX (@djdonx) 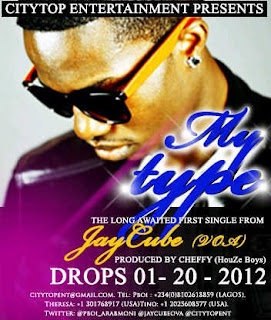 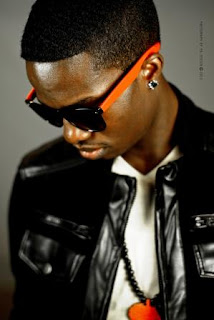