Growing up in the motherland, the Nigerian native Wallywa spent time with his loving mother day in and day out. She sang songs of praise and worship to her last born before he slept off at night and carried him to their church. It was through his mother that music began to affect his everyday life. His mother always knew there was something special about her youngest lad which is why she gave him the name Raphael Olawale Ehinmidu meaning “Bring Good Luck Home!”
At a very young age Wallywa took a different path than many of his fellow friends. He chose to follow his dreams and not let the streets get the best of him. He began perfecting his business savvy craft. His love for music, fashion and money at such a young age inspired him to take on challenges that would soon lead him to become one of the most successful international musical artists in the world! At the age of 12, Wallywa moved to Silver Spring, Maryland and strived diligently to be successful. There were long nights of listening to Bob Marley and Fela Kuti to gain insight for his musical journey. “I remembered those nights my mother used to sing worship songs to keep faith. That’s what keeps me going” -Wallywa
The sleepless nights spent writing lyrics and composing music about his life struggles in America and Nigeria added stimulation to his harmonic flows. As Wallywa continued to grow more passionate about his music he decided to take it up a notch. He gave up everything to pursue music full time. This is what made him not just a man but a true “Gentleman!”
The DC, Maryland and Virginia area is known for its irresistible beat banging gogo music and of course Wallywa used his clever forces to form a gogo band in the year 2000. He continued managing the gogo band until 2004. Times were not easy and gogo music was only limited to the DMV area. Wallywa was on a mission to be the next blazing commodity and he created a brilliant strategy to get him to the top! “The day 2one became an idea was during a time when I was desperate. Desperation opened up new doors of opportunities for me.” -Wallywa
2one Music hit the scenes in 2006 and Wallywa focused on branding himself as well as the entity. With influences like Lil Wayne and Jeezy he combined those to create his sound and introduced his own essence to Afro Hip-Hop. The release of his first mix tape MaadMan Volume 1 received tremendous reviews from fans all over the United States. Wallywa was in high demand and doing shows in DC, New York, Atlanta, and Toronto. He took on performances at the Nigerian Entertainment Awards and The Nigerian DJ’s Summer Jam. His unique sound and individuality distinguished him from most African hip-hop artists. The unique sound he brings to Hip-Hop is what sets his talent above what other artists bring to the table. Wallywa knew Hip-Hop was rapidly moving throughout Africa and he took advantage of the opportunity to be a part of the Afro Hip-Hop movement. “My goal is to conquer Africa, America and then the UK! Soon the whole world will know the name Wallywa!”-Wallywa
He is known for hot singles like “Me and You”, “I Go Need Love”, and “I Dey Feel You.” It was no surprise when Wallywa switched up the scene and moved back to Nigeria to reach his goal of conquering Africa. His African fan base wanted more from Wallywa. He opened up 2one Music Headquarters in Abuja, Nigeria to build his empire to continue with the movement.
Wallywa is currently working on the “Now or Neva” project and planning tours for Nigeria, UK and the United States. “I was so hungry and my mother fed me. She gave me a vision and that’s why I am able to see clearly. Without her I would not know my true destiny in life. My mother is my inspiration and the reason my music tells a story. People say the sky is the limit, but I’m going beyond the universe.”-Wallywa

—
This is a remix to the original made in 2007 and its already a club favorite in Abuja.
Enjoy.
DX 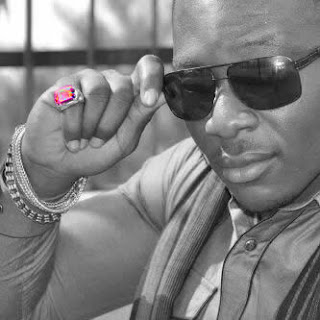